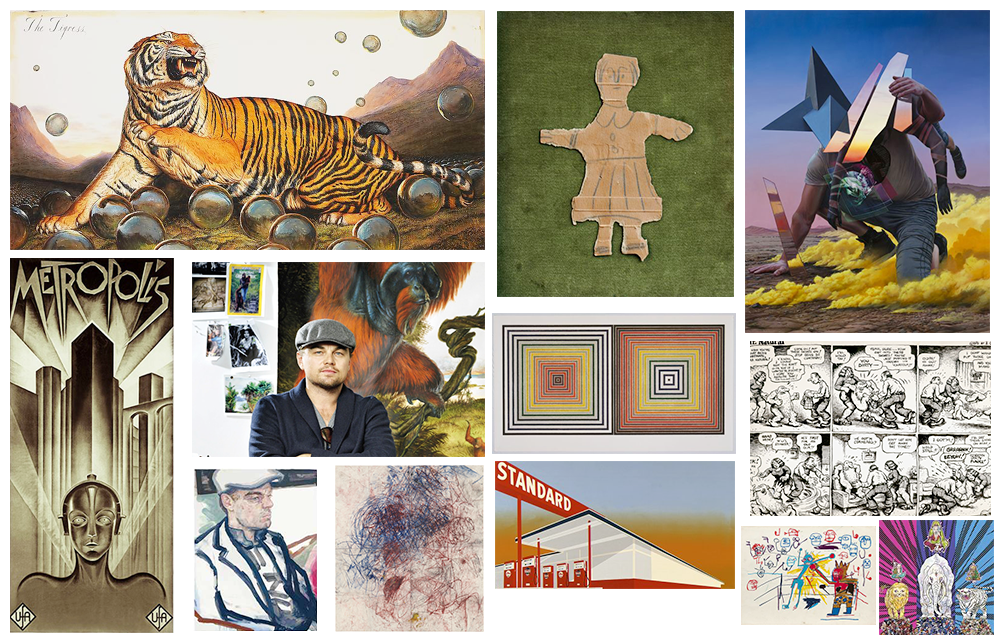 He's just acquired a 1973 work by Frank Stella. In May 2013, he pocketed a Takashi Murakami painting at a Christie's sale he orchestrated. He has for a long time coveted the canvases of Jean-Michel Basquiat and now, Ed Ruscha and his childhood memories involve cartoonists Robert Williams and Robert Crumb. Oh, and as an ultimate emblem of his art world stature, he's sat for a portrait by Elizabeth Peyton.

The acclaimed actor and art-aficionado Leonardo DiCaprio has developed an acute eye for up-and-coming artists and amassed an impressive collection over the years (see From Hollywood to the Art World, the New Celebrity Collectors). He is also frequently seen behind the scenes at major auctions, like the Christie's $248 million Contemporary Art Sale in November 2011, and the $219 million Sotheby's Impressionist and Modern Art Sale in May 2014.